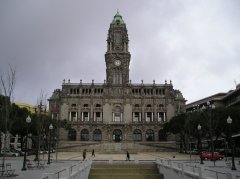 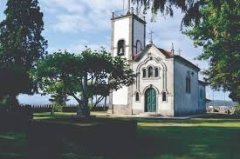 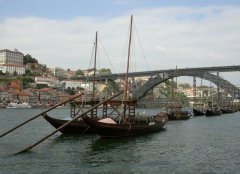 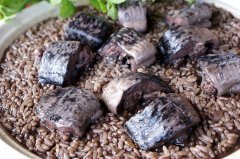 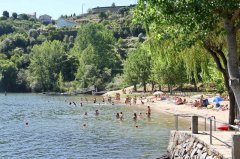 Porto is one of Europe’s oldest tourist destinations. Its wealth of monumental and artistic heritage, Porto Wine, open-air leisure spaces and cultural life are just some of the reasons to visit this city (http://www.visitporto.travel/Visitar/Paginas/default.aspx).

The city unfolds along the river bank and the sea shore, to reveal charming vistas, inviting esplanades and all the pleasures of the outdoors, framed by its green spaces. But setting out to discover Porto, means bumping into surprise after surprise. Whilst maintaining its welcoming and conservative nature, the city is, at the same time, contemporary and creative. This can be seen in its streets, its architectures, its museums, its leisure spaces, its esplanades and its shopping areas which run from the traditional to the modern and exclusive.

Furthermore, Porto has been recognized as one of “Top 10 alternative city breaks in Europe”, according to The Guardian (https://www.theguardian.com/travel/2015/mar/02/top-10-alternative-city-breaks-europe-lyon-ghent-leipzig), and as a “…charming city that combines the best of old and new.”, according to The New York Times (http://www.nytimes.com/interactive/2016/01/28/travel/what-to-do-in-36-hours-in-porto-portugal.html?smid=fb-nytimes&smtyp=cur&_r=0).

Icons such as “Torre dos Clérigos”, “Serralves”, and “Casa da Música” stand witness to a mature urban space, but one that is in constant movement. Events enliven the annual cultural and sporting calendars, culminating in “São João”, the city’s own Feast. At night, Porto turns into a new and different city, with entertainment and leisure opportunities that cater to all tastes and excitement that bubbles up to fill the streets with energy and cheerfulness.

Port wine is present in the city in a multitude of forms and sensations: you can get to know it and try it, but never ignore it or forget it (http://www.visitporto.travel/MaisPorto/Paginas/Cidade/artigo.aspx?artigo=149&SubAreaType=13&SubArea=190). It is also possible to start in Porto a travel through the Porto Wine Douro Region, either by in a historical train (http://www.cp.pt/passageiros/pt/como-viajar/em-lazer/cultura-natureza/comboio-historico) or by boat (http://www.douroazul.com/Default.aspx).

The city is well located geographically and is able to count on a modern transport and communications network.

Getting to know Porto might mean letting yourself be taken round by someone who knows the city and suggests a visit or venturing out to discover everything else your trip surprises you with (https://www.youtube.com/watch?v=YjIPvujj1bs).

Having witnessed a long history of cultural ebbs, flows and eddies caused by successive waves of occupation, and often surrounded and invaded, but always remaining Invicta (unbowed), the city of Porto is really a living heritage, one that regenerates and reinvents itself, whilst maintaining its core character, grounded in granite and, thus, unshakeable.

How to reach Porto

Porto is a modern European city served by an international airport, railways and a public transportation system that includes both bus services and subway lines. The city of Porto is easily accessible from abroad. Several airlines offer direct service to Francisco Sá Carneiro International Airport, located about 20 km from the City Centre (https://www.aeroportoporto.pt/en/opo/flights-destinations/airlines/airlines-and-destinations). For more information please visit the official Porto Tourism website

The end of the month of April at Porto is characterized by temperatures ranging between a minimum of 10°C at night and a maximum of 20°C during the day, rarely falling below 8°C or exceeding 22°C.

If traveling by plane, there are several ways to get to the city center (hotel) and to Gondomar (venue). See links below for additional or updated info.

The easiest way to get from Porto Airport to the city center is to take the metro. Line E (Violet) connects Airport Station to "Estádio do Dragão" Station, and, naturally, to all metro’s network (Trindade station). The access to the Station from the interior of the Airport is extremely simple and practical, being fully signaled.

The occasional Andante title required for traveling between the Airport Station and Oporto city center is a Z4. In the Andante shop located in the arrivals zone of the Airport, you can also buy the Andante Tour, an unlimited and intermodal title valid for 1 or 3 days. The journey to the city center takes about 30 minutes and a single fare is €1.90.

Taxis are available 24 hours a day from outside Arrivals. A 20% surcharge is payable at weekends, on public holidays and between 21:00 and 06:00. Taxi service to the Porto center should cost about 25 euros and take between 20 and 30 minutes. Large size baggage may incur on additional cost (about 3 EUR).

Uber operates at Porto and surroundings with a large number of vehicles and network available.

There is a llow-costshuttle service between the airport and the Porto hotels. You must book in advance in 100RUMOS (https://100rumos.com/en/shuttle_porto_options). The cost is 6 EUR per person.