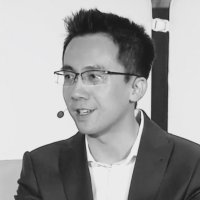 Abstract: Today, there are two major paradigms for vision-based autonomous driving systems: mediated perception approaches that parse an entire scene to make a driving decision, and behavior reflex approaches that directly map an input image to a driving action by a regressor. In this paper, we propose a third paradigm: a direct perception based approach to estimate the affordance for driving. We propose to map an input image to a small number of key perception indicators that directly relate to the affordance of a road/traffic state for driving. Our representation provides a set of compact yet complete descriptions of the scene to enable a simple controller to drive autonomously. Falling in between the two extremes of mediated perception and behavior reflex, we argue that our direct perception representation provides the right level of abstraction. We evaluate our approach in a virtual racing game as well as real world driving and show that our model can work well to drive a car in a very diverse set of virtual and realistic environments.

Bio: Dr. Jianxiong Xiao is the founder of AutoX, a silicon valley tech startup focusing on creating full-stack A.I. software solution for autonomous driving. Former professor and founding director at Princeton’s Computer Vision & Robotics Lab, Dr. Jianxiong Xiao has over ten years of research and engineering experience in Computer Vision, Autonomous Driving, and Robotics. In particular, he is a pioneer in the fields of 3D Deep Learning, RGB-D Recognition and Mapping, Big Data, Large-scale Crowdsourcing, and Deep Learning for Robotics. Dr. Xiao received his Ph.D. from the Computer Science and Artificial Intelligence Laboratory (CSAIL) at the Massachusetts Institute of Technology (MIT).